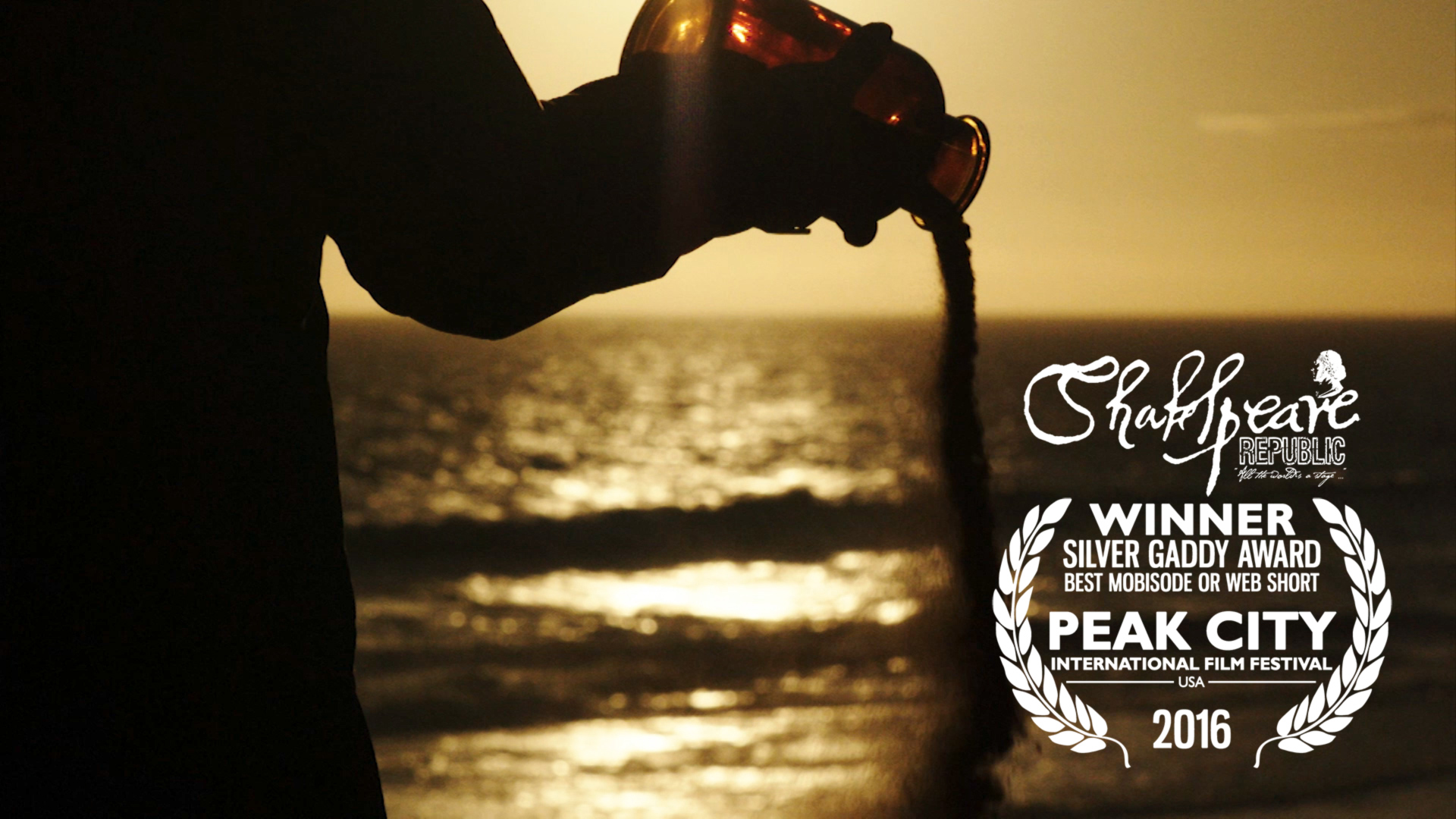 We are delighted to announce that Shakespeare Republic had a rather exciting weekend, just gone – winning two awards internationally!

Firstly, we were thrilled to receive the inaugural Silver Gaddy Award for Best Mobisode or Web Short, the top honour for that category, presented by the Peak City International Film Festival in the USA!  Director, Sally McLean, accepted the award via video from Melbourne to a packed house at the awards gala, and here is a snippet of video filmed by one of the attendees on the night of the announcement:

A video posted by Shakespeare Republic (@shakespearerepublic) on Apr 2, 2016 at 11:18pm PDT

Thank you to Peak City International Film Festival for this honour!

If that wasn’t enough excitement for the weekend, we then received notification on the Sunday morning that we had won the Best Web Series category in the 12 Month Film Festival in Romania for March 2016!  This means that we are now in the top 12 Finalists for their annual extravaganza which will take place later in the year.  We are so very grateful to the judges and organizers of both festivals for these awards and are just plain delighted to receive them!

In other news, Ben Steel’s episode as “Juliet” screens to a live audience as an Official Selection for the 2016 Melbourne Queer Film Festival at ACMI, Federation Square tonight!  If you’re in town, head down to the box office in the ACMI foyer to get your tix!  We’d love to see you there!

All this activity means that we have now been selected for 12 film festivals internationally from London to Los Angeles, Padua to Bangalore and everywhere else in-between!  So grateful for this support for the work and everyone at Incognita thanks the festival judges and organizers who have welcomed us into their programs to date.

We also continue our crowdfunding campaign over at www.lovethebard.com for our 2016 live show – feel free to donate some cash if you can, or just share the link around your networks.  Every bit of help is gratefully received!  Our direct campaign page is here: https://australianculturalfund.org.au/projects/shakespeare-republic-live/.

That’s it for now, but we have lots more news coming soon!