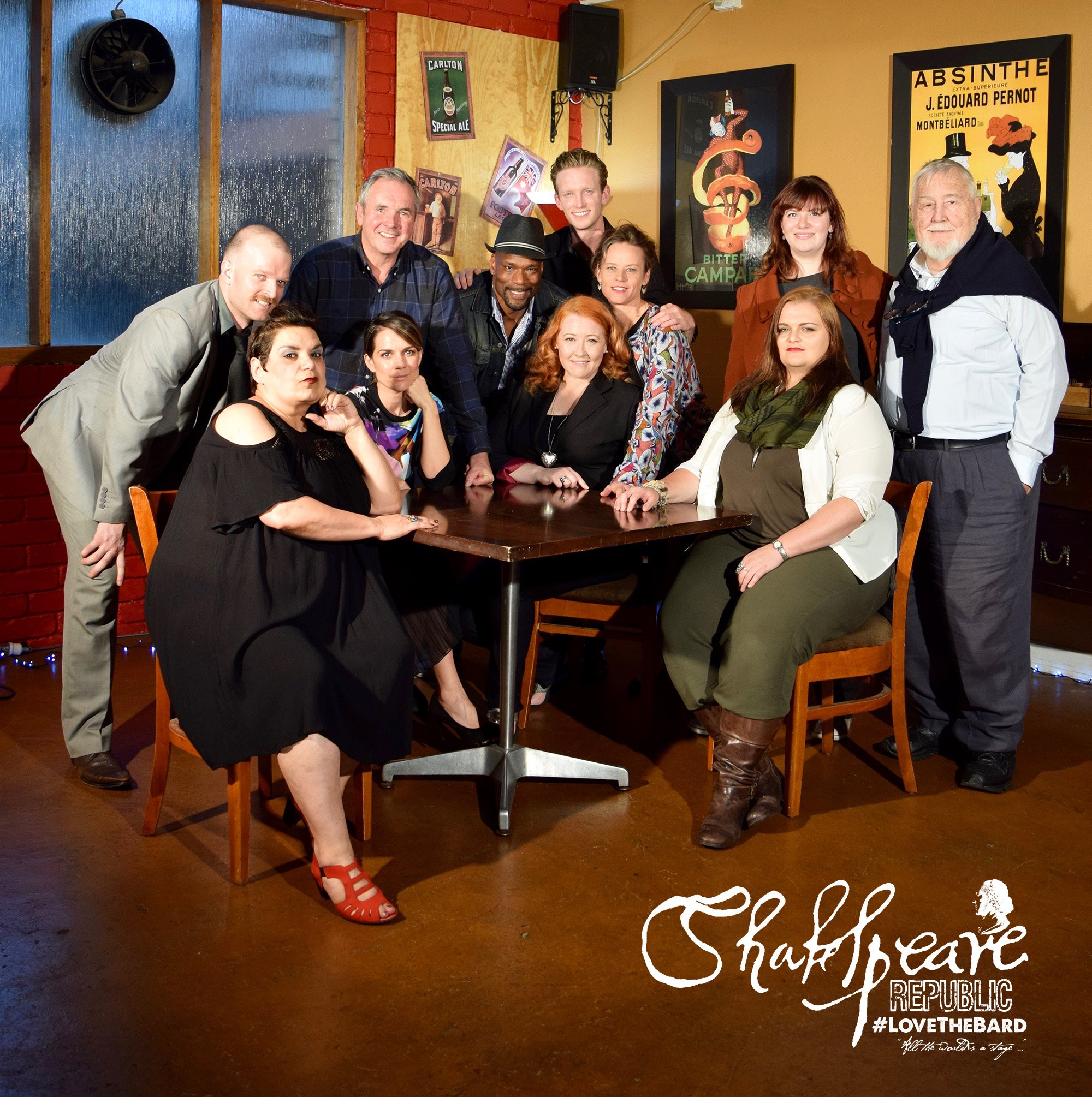 Shakespeare Republic Season Two launched with a bang last night at The Courthouse Hotel, North Melbourne with a full house, a live performance of Shakespeare from our Season Two cast and an advanced screening of our trailer and one of the episodes from Season Two!

Photos, updates and more to follow, but for now, enjoy this fab photo of some of the team, taken by the fab Cate O’Connor.