What a couple of months we’ve had in the Incognita office!  Since the launch of our first commissioned short film, Speaking Daggers, in May, it’s been all go with Shakespeare Republic: #LoveTheBard (Season Two)! We have now had the series officially selected for 12 international film festivals and webfests and WON 3 awards!

We are so overwhelmed and thrilled at the response this second season has received around the world and so delighted to have screened as part of so many prestigious and fun festivals around the globe! 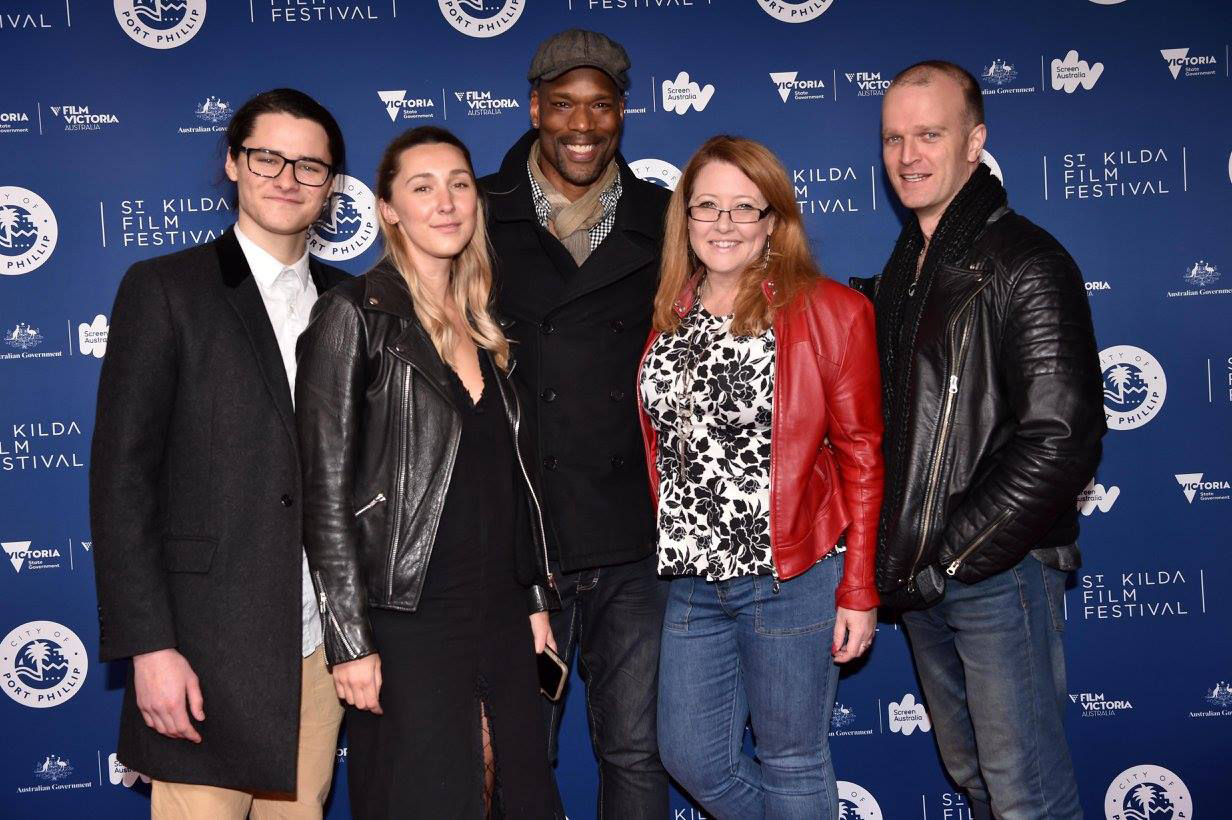 First screening for the Republic was at St Kilda Film Festival as part of their “Australia’s Favourite Web Series” showcase. It was a fantastic session of watching a great selection of Australian web series, before Incognita’s Creative Director, and Creator/Director of Shakespeare Republic, Sally McLean, participated in an audience Q&A with fellow web series’ creators, moderated by Festival Director, Paul Harris. This was followed by the news that Shakespeare Republic had been officially selected for Austin WebFest, Sicily WebFest and Melbourne Web Fest, where we had also been nominated for Best Australian Drama!

Then the news came that we had been nominated at Austin Web Fest for FIVE awards – Best Drama, Best Director, Best Cinematographer, Best Editing and Best Male Lead for Christopher Kirby as “Sir Thomas More”!

While all this was going on, we released our first music video for the song O Mistress Mine from the soundtrack of our short film Speaking Daggers, composed and performed by award-winning Melbourne musician Jaron Natoli​, who also played “The Troubadour” in the film. Featured in the music video are Speaking Daggers cast members Christopher Kirby as “Benedick”, Sally McLean as “Beatrice”, Scott Major as “Falstaff” and Billy Smedley as “Prince Hal”, along with Taylah McLean and Jemma Cuff-Jones as “The Muses”.  Read all about that and see the video here: http://shakespearerepublic.com/2017/06/01/o-mistress-mine-by-jaron-natoli-music-video-from-the-original-soundtrack-of-speaking-daggers-shakespeare-film/

The end of June arrived and with it the fabulous Melbourne Web Fest. We had several of the Republic team attend the various events taking place over the weekend, and as you can see from the photos below, we had far too much fun.  Huge thanks to Steinar, Alex, Lauren, Wendy, Harrison and Richard for their amazing work with the festival and congrats on a job well done!  See you next year! 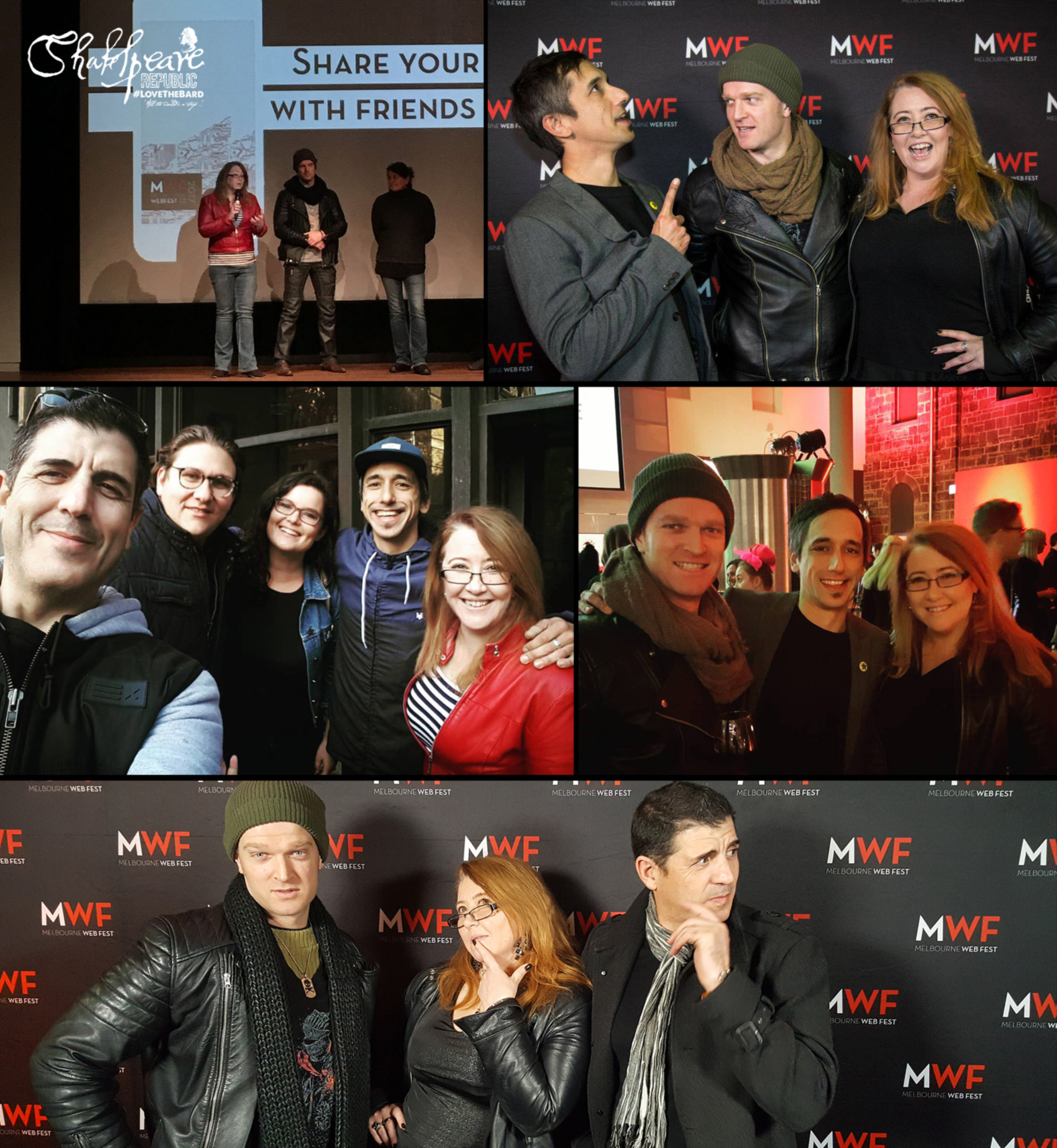 Hot on the heels of Melbourne Web Fest, we got the double-barrel amazing news that we had won two awards elsewhere.  Austin WebFest honoured us with the Best Male Lead Award for Christopher Kirby as “Sir Thomas More” in Episode 3 of Season Two, which was fantastic and so well-deserved. And then we heard that we had also won the 60th CINE Golden Eagle Award for Best Digital Series in the USA!!

The CINE Award is our first major industry recognition and we are over the moon! And in great company! Steven Spielberg, Ron Howard, Robert Zemeckis & Pixar, among others, count the CINE Award as their first major industry accolade. Fellow CINE Golden Eagle Award winners this year include Variety & PBS’s “Actors On Actors” and the Emmy award-winning TV series “Mr Robot” starring Christian Slater, as well as programs from NBC, Discovery, A+E Network, Sony Pictures and National Geographic, among others. 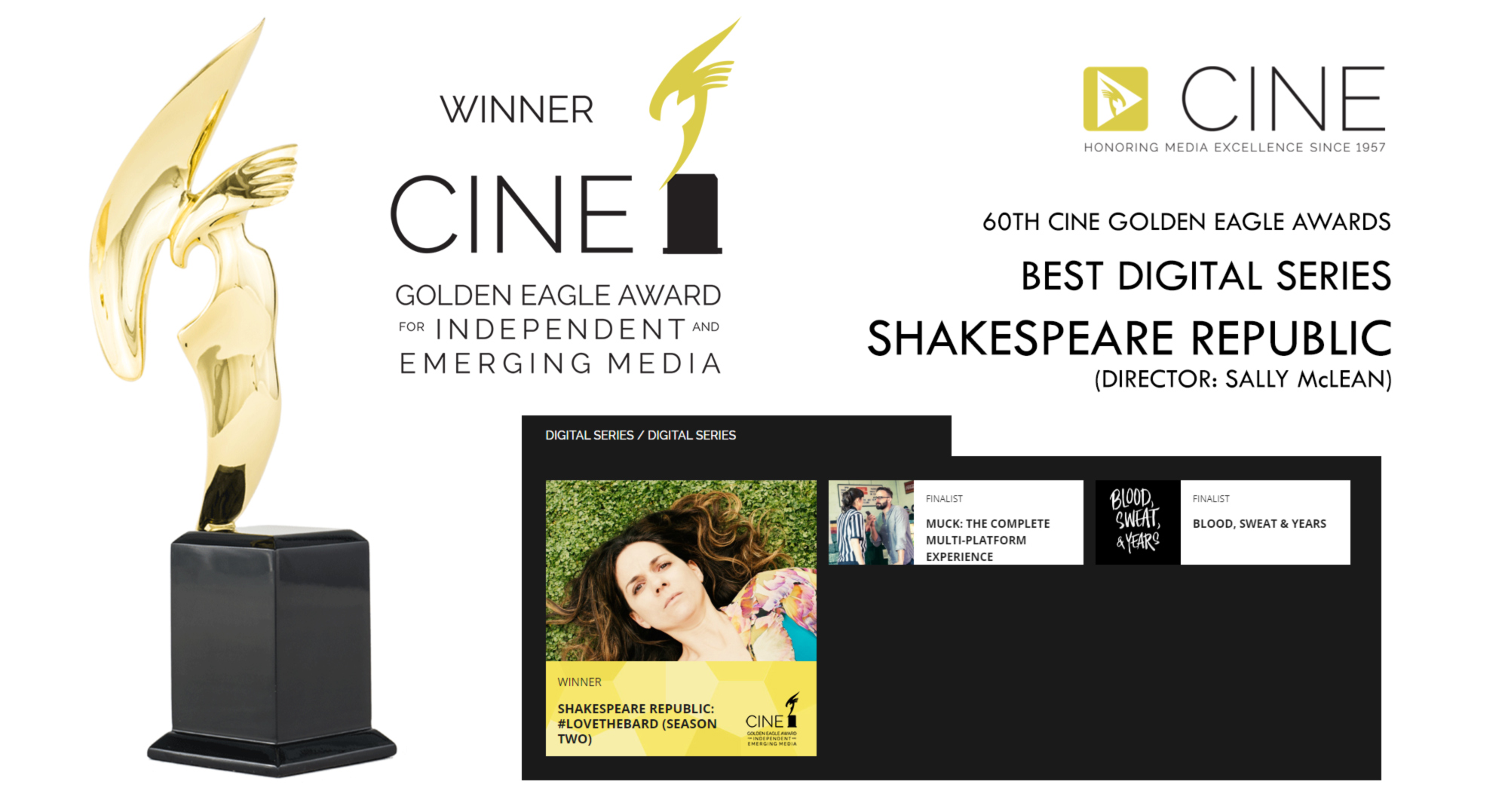 We will now be heading to the USA later this year to accept the award in person, which we are so excited about!

The festival news kept coming, with the announcement that we’d been officially selected for Baja WebFest (Mexico), Miami Web Fest(USA) and Tuscany WebFest (Italy) (who selected us from the official selections at Austin WebFest, which made us an “invited” series, which was awesome!). Followed closely by the news that we’d also been officially selected for the Portugal International Film Festival in their Web Series category and been included in Bilbao Seriesland Selección Amets for 2017 in Spain!  That festival takes place in Basque country in Spain from 24-27 of October at the Guggenheim Museum and we are delighted to be included in the line up of web series being showcased!

We had a week to catch our breath, only to discover yesterday that we had been officially selected for the International Online Web Fest AND that we had won an award at Sicily Web Fest (which happened this weekend just gone) … Best Cinematography for our brilliant cinematographer, Shaun Herbertson!

We are so thrilled to have Shakespeare Republic so well received around the world and would like to thank all the judges and organizers of all the festivals and awards who have embraced our take on the Bard so generously!

More news to come from the Incognita coalface, but that’s plenty for now!

Thank you to everyone who has signed up to our newsletter or site and has shown such support for our work.  It has been a huge two months here! We hope you’ve been having a fantastic June and July as well!

Laurels for Season Two of Shakespeare Republic as at July 20th, 2017