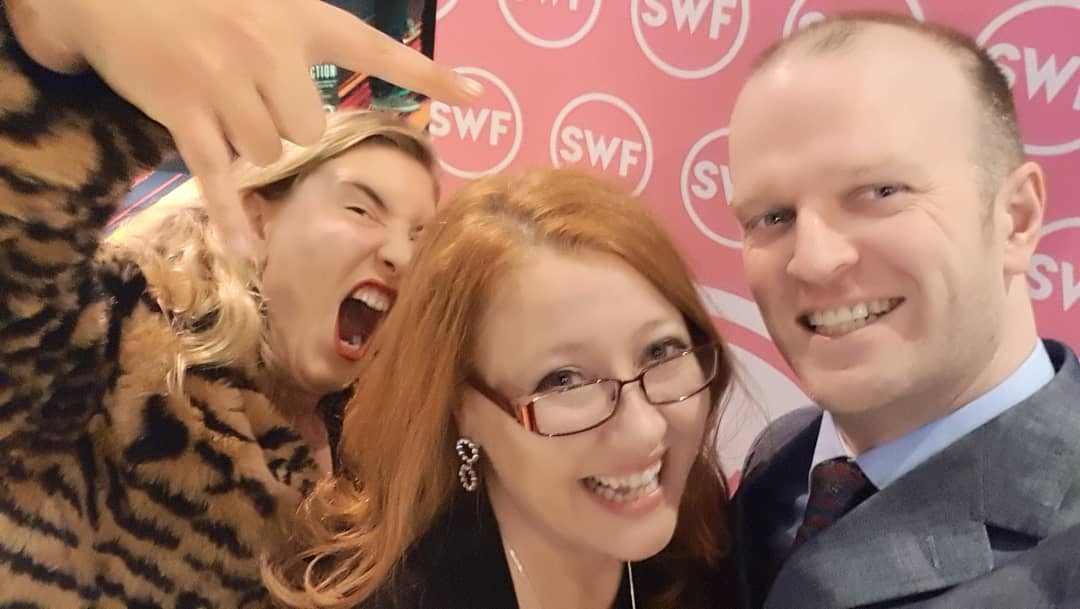 Eva Torkkola, Sally McLean and Billy Smedley on the pink carpet at the 2019 Sydney Web Fest

It has been a busy, crazy year for the Incognita team and we have sadly neglected this blog as a result, for which we apologise! That said, if you are a subscriber to our newsletter, you will have been getting regular updates and if you have been following our blog over on the Shakespeare Republic website, you’ll have even more information about what we’ve been up to. That said, we are endeavouring to streamline our update process, so you should be hearing from us more regularly here too in the coming months!

Among the highlights of the past year, the series had it’s French Premiere as a Finalist at the Côte d’Azur WebFest which took place during the 72nd Festival de Cannes as part of the Marché du Film – Festival de Cannes program – and we couldn’t have been more excited! The series screened at the at the Gray d’Albion 4 on the Croisette (one of the official Cannes Film Festival venues) on the French Rivera among a diverse selection of series from around the world on May 18 to a fabulous audience reception.

And … Season Two of “Shakespeare Republic” is the recipient of TWO awards from the Festival! We were delighted to win the Côte d’Azur WebFest’s “Best Dramatic Web Series” Award and Republic creator/director, Sally McLean has been named and awarded “Best Director”!

We then had the exciting news that Shakespeare Republic won the Best Ensemble Cast – Web Series Award at the 2019 London International Motion Picture Awards, making this the second “Best Ensemble” award the cast has received for Season Two!

We finished our festival run with our Sydney Premiere and as a nominee at the 2019 Sydney WebFest, which we were delighted to be able to attend in person and were even more thrilled to finish our festival run with another award – this time accepting the “Best Male Actor” Award on behalf of Christopher Kirby (“Sir Thomas More”), making this his FOURTH Best Actor award for Season Two!

If all that excitement wasn’t enough, our short film Speaking Daggers has now been officially accepted for over 20 international film festivals, including being an official selection for the 2018 St Kilda Film Festival and has won FOUR awards to date! It is now nearing the close of its festival run and will be released for viewing by the public in the near future.