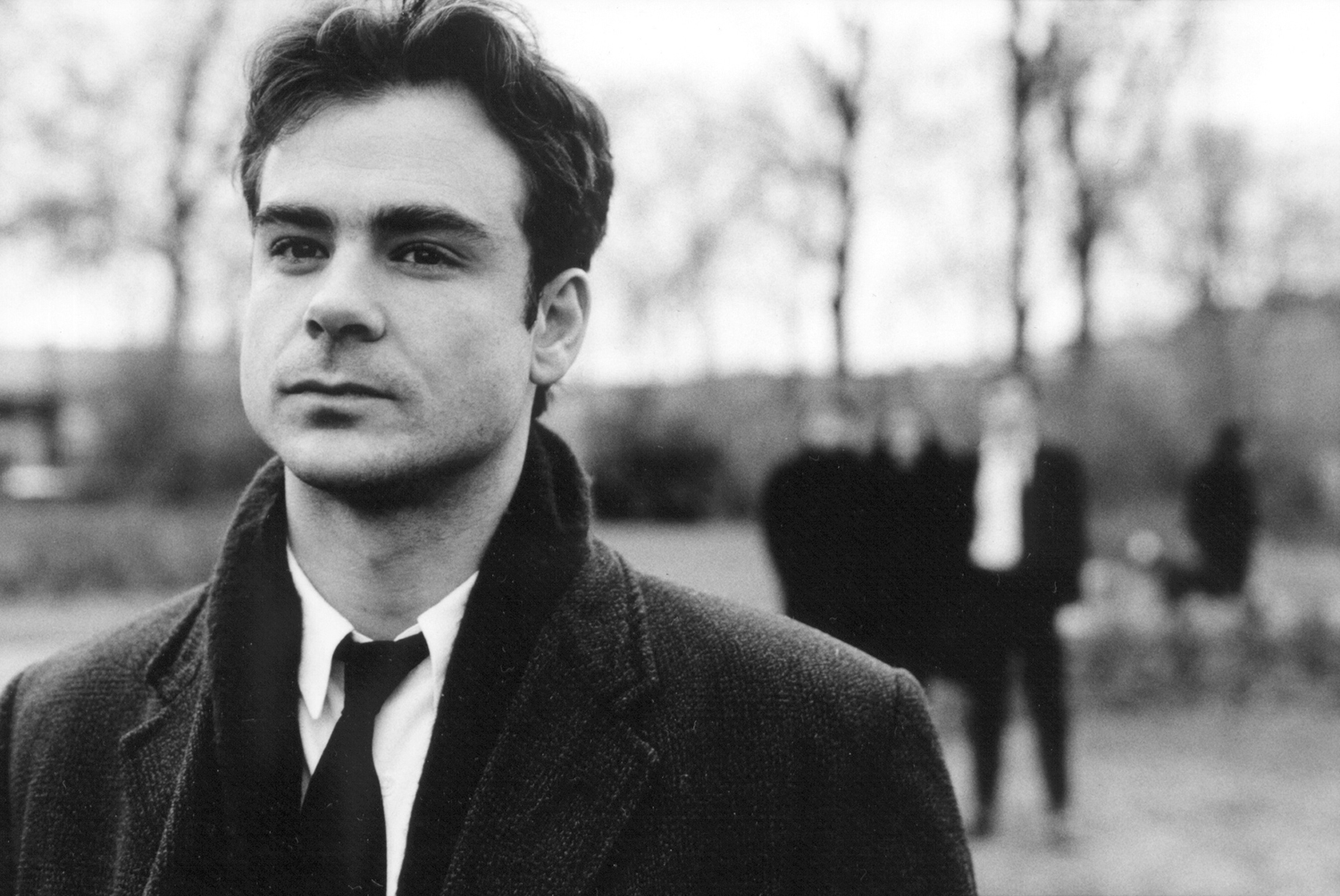 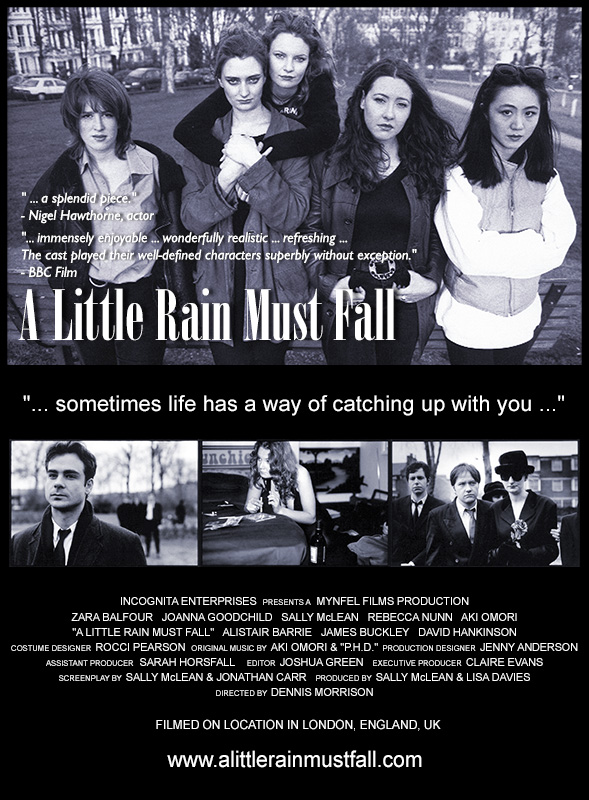 The tale of five typical young women, living in London. An exploration of hard choices, hard luck and hard living. A dip into the youth culture that is so prevalent in any major city today. A foray into drugs, drink, relationships, growing up, responsibility, lessons to be learnt, changing values and morals and the realization that no matter how far (or fast) you run, the battles are the same wherever you are.

"A Little Rain Must Fall - sometimes life has a way of catching up with you."

This was our first production. We launched A Little Rain Must Fall on July 29th, 1997 at Ealing Studios, London, to an industry crowd of over 90 attendees, and some remarkably calm cast and crew.

" ... immensely enjoyable ... wonderfully realistic ... refreshing ... The cast played their well defined characters superbly without exception ... (the dramatic events in the film) were handled both by the cast and writers with skill and sensitivity." - BBC Single Drama & Film

"... fun, thought-provoking ... The cast were superb, all of them giving strong performances, particularly Rebecca Nunn, Joanna Goodchild, James Buckley and Sally McLean ... a cohesive and well-supported ensemble performance ... a journey into friendship and relationships - not always happy - that gave a solid insight into the complexities of surviving as a young adult in a not-so-sympathetic modern world." - Time Out

"... a tightly written and superbly acted piece that explored the difficulties of being a twenty-something living in London in the last throes of the 20th Century ... this film is funny, touching, absorbing and confronting." - IMDB

"Shot on digital video .... the 45-minute film about a group of vibrant and confused young people was strong..." - Jim Schembri, MetroArts, The Age

For more information about the film, please visit the Official A Little Rain Must Fall Site here
See the IMDB Listing for the film here