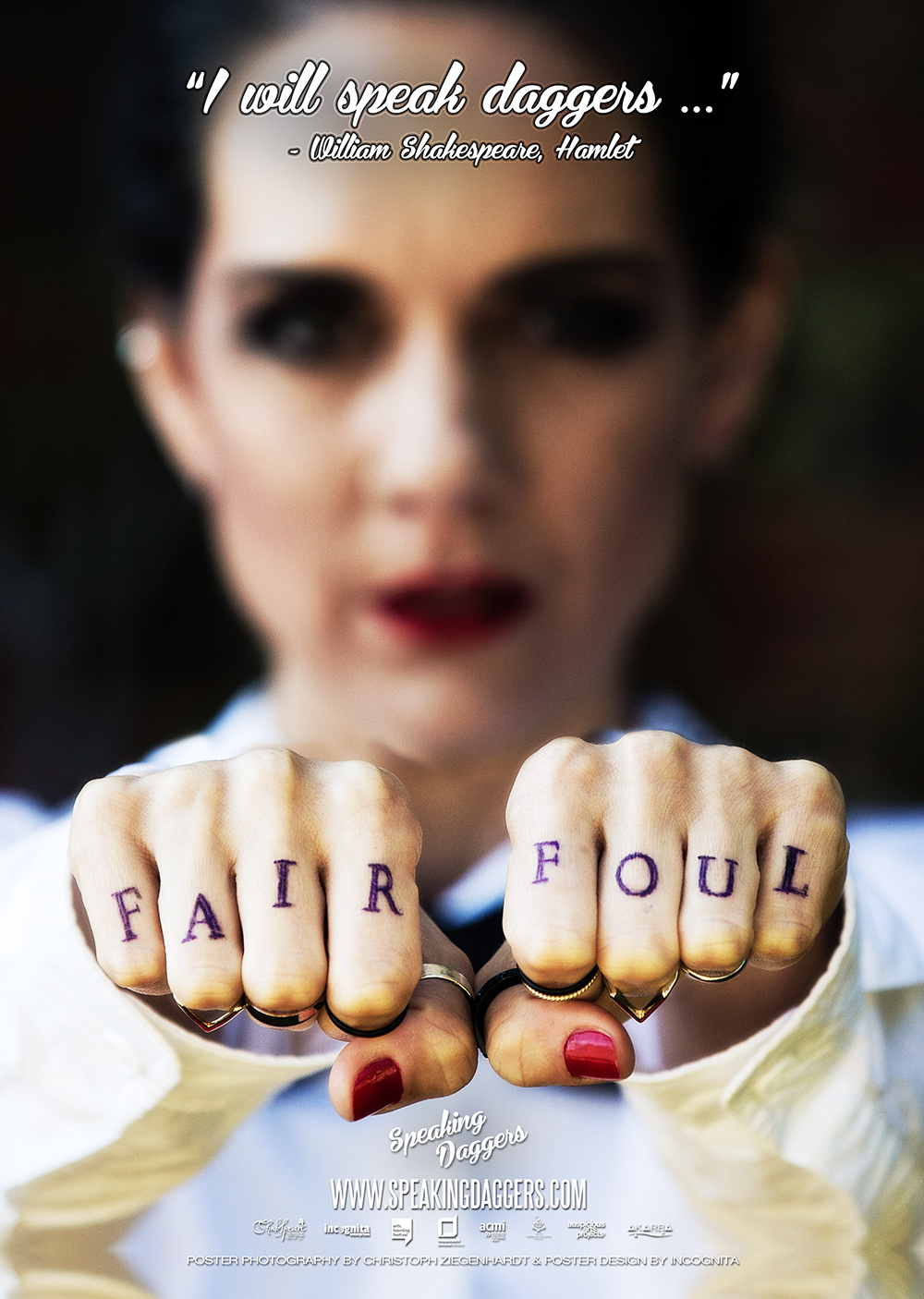 We are so delighted to announce that since releasing the final episode of Shakespeare Republic: #LoveTheBard (Season Two), we have filmed and have nearly completed post-production on our first commissioned film project for the Republic universe: Speaking Daggers!

Speaking Daggers will premiere next week on May 3rd as part of the Arts Learning Festival in Melbourne at ACMI Federation Square, Cinema One and you can come join us for all the excitement! The premiere will also include a screening of two of Season Two’s episodes and a Q&A panel with cast and crew.

All tickets are $10 and can be booked via this link: https://www.trybooking.com/book/event?eid=261461. More information about the film can be found on the official website here: http://www.speakingdaggers.com

And there is more news to come on Shakespeare Republic (Season Two) in the coming days – plus some updates from the documentary Champion and more!  Busy times ahead for all of us here in the Incognita camp!