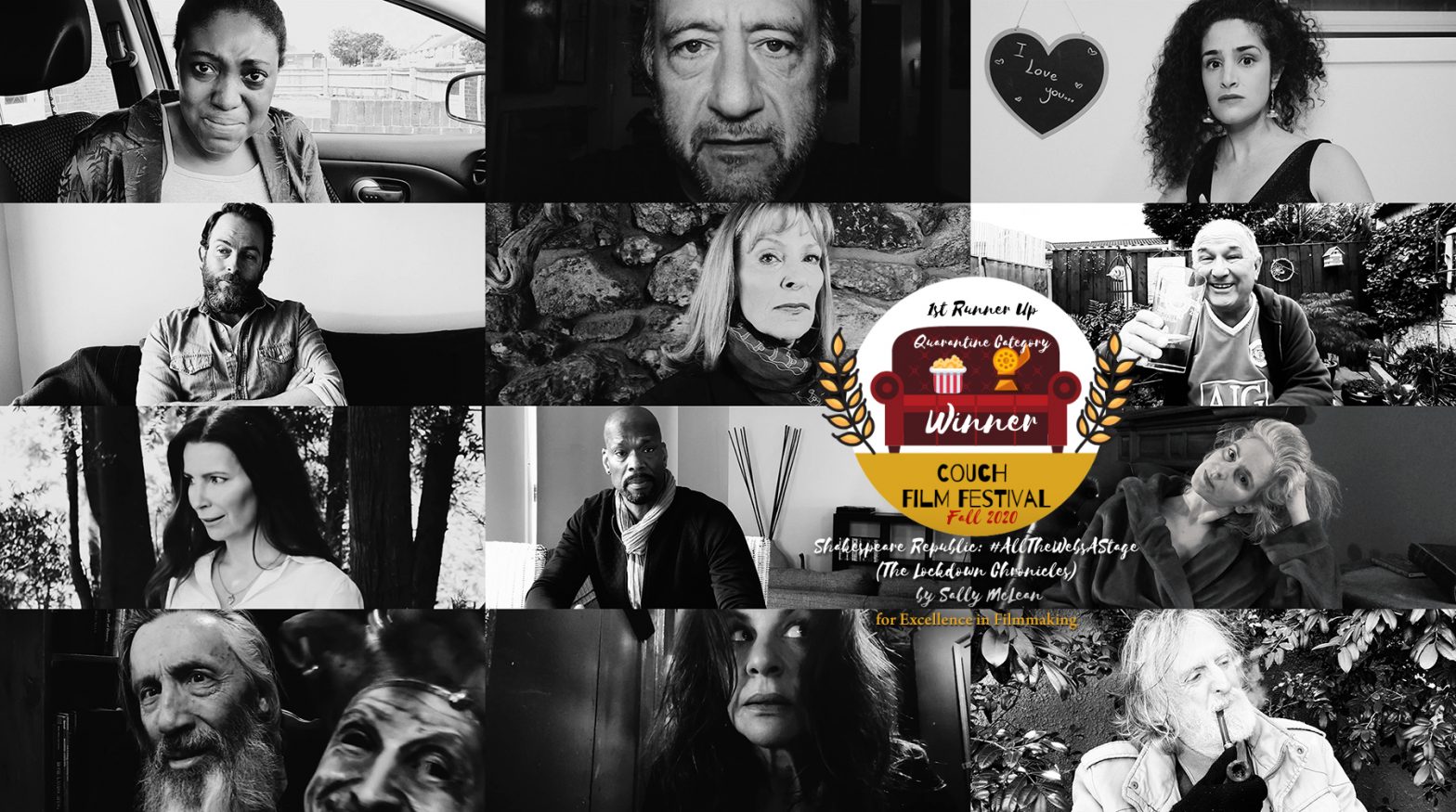 We are absolutely thrilled to announce that Shakespeare Republic: #AllTheWebsAStage (The Lockdown Chronicles) has now been officially selected for ten international film festivals and won two awards to date!

Eight of the festival selections have been officially announced, with two more under embargo for now. Coming up this month, the season will screen at the NYC WebFest in the USA, where it is also nominated for three awards – Best Original Concept, Best International Web Series and Best Director (Sally McLean) – and also at the International Art Film Festival in London.

And news just in that the series has won the Best Television/Pilot Program or Series Award at the L’Age d’Or International Arthouse Film Festival!

A huge thank you to all the organisers and judges of all the festivals and congratulations to the entire Republic team on producing another successful season of the series! Long live the Bard!

Episodes are still releasing right through November. To see all the released episodes to date, visit http://www.allthewebsastage.com