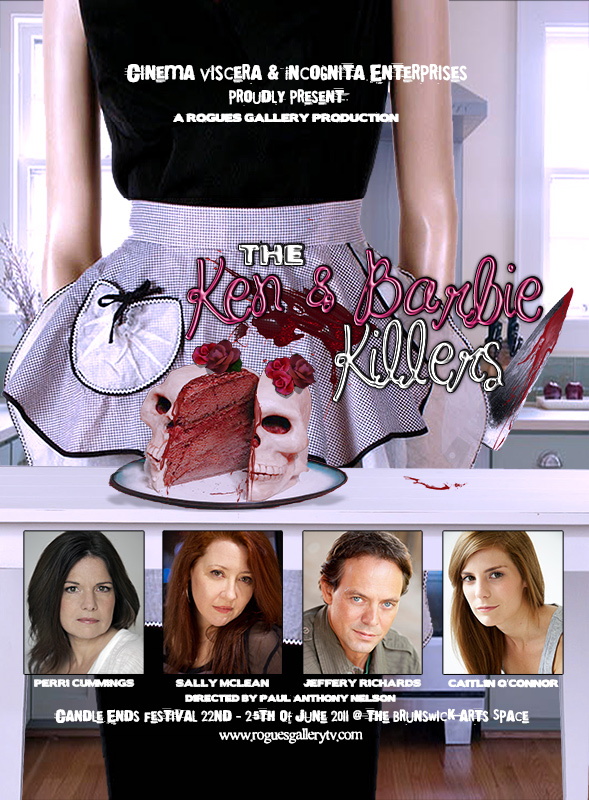 "Carnage served on the best china ..."

A collection of darkly humorous and twisted tales of rogues, vagabonds, mavericks and rebels told in unusual ways to entertain, engage and disturb.

The first collection of tales in The Rogues Gallery Project was "The Ken and Barbie Killers" - a tale taken directly from newspaper headlines of two lovebirds who wrecked havoc in their small US town, abducting and killing a series of young women. Told from the perspective of the woman, Karla, four actors took on one monologue to camera playing the same character. What resulted was a kaleidascope of perceptions from the one viewpoint.

Performed as both a live stage production and a series of web videos - this is the first of many dubious characters The Rogues Gallery intends to introduce to unsuspecting audiences.

To find out more about this web TV series, please go to the Official Rogues Gallery Web Site here.